A look at India’s richest and most illustrious private business conglomerate, the Tata Group.

It is India’s richest and most illustrious private business conglomerate with interests spanning from steel to salt, tea to trucks, cars to computer software, and a storied history dating back to the mid-19th century. The Tata Group – founded in 1868, with operations today in more than 100 countries – is the country’s most widely known business group. Members of the board of Tata Sons, the holding company that owns the largest share in the Tata Group, are about as close to business royalty as you get in India.

Beyond India, the Tata Group has been a pioneer of the emerging market company going global, with big-ticket acquisitions of major Western brands like Jaguar Land Rover and Tetley, the largest tea company in the UK. It has also seen soaring growth in its consultancy services arm, with customers including the world’s leading insurers, banks, and consulting firms.

That is why the current, highly public battle between the ousted executive chairman of Tata Sons, Cyrus Mistry, and the patriarch of the family and now interim chairman, Ratan Tata, has captured national and global headlines (Mistry replaced Ratan in 2012). It is getting uglier by the day, as the dirty laundry of India’s best known, and, arguably, most widely admired business conglomerate is aired on national television and in competing j’accuse letters that have been leaked.

One Indian newspaper compared the battle between Ratan and Mistry to the legendary heavyweight title bout between Muhammad Ali and George Foreman in 1974 in Kinshasa, Zaire (present-day Democratic Republic of Congo). After all, Mistry, an Irish citizen and a permanent resident of India, hails from another heavyweight business family, the billionaire Shapoorji Pallonji clan (owners of 18.5% of shares in Tata Sons), and is an important industrialist in his own right.

Adding a further layer of tension, both Mistry’s clan and the Tatas are members of India’s tiny Parsi community, a tight-knit group of some 60,000, many of whom have excelled in business as well as the sciences, the military, and the arts.

What is at stake is the future of a conglomerate that employs more than 660,000 people worldwide across a dizzying array of more than 100 companies, almost a third of which are publicly listed. Tata also owns some of the world’s most recognisable brands, including Jaguar Land Rover, and Tetley.

Though it has a rich history, the Tata Group accelerated its global footprint over the past two decades under Ratan’s leadership. Critics of the group – and supporters of Mistry – suggest its aggressive acquisition and expansion strategy under previous chairman Ratan saddled the company with loads of debt, and acted as a drag on growth. Ratan’s supporters note the acquisition strategy under his leadership expanded the brand globally, and created a more diversified source of revenue that would serve the company well in the long term.

Tata clearly went big, with much of the activity taking place from 2000 to 2010. In Ratan’s two-decade tenure, the Tata Group’s revenues grew from $6bn to $100bn.

Here are the Top 10 Tata Group moments of the 21st century, the good, the bad, and the ugly (in chronological order).

In 2000, Tata Tea acquired the iconic British brand Tetley. This was a significant moment in the emerge85 world. It marked the first Indian purchase of a leading UK brand. The acquisition foreshadowed a future in which emerging markets companies would more routinely buy leading Western brands. However, at the time, the moment was historic and deeply symbolic. Today, Tetley is a major brand in the umbrella company, Tata Global Beverages, the second largest tea manufacturer in the world.

In 2002, Tata Consultancy Services (TCS) became the first Indian software company to cross $1bn in revenues. Two years later, the company went public on India’s bourse and raised $1.2bn. TCS is one of the world’s leading outsourcing firms. Today, the unit is by far the most profitable business line in the Tata Group, accounting for some two-thirds of the company’s net worth.

Last year, for example, TCS generated profits of $3.7bn. Clearly, it is the jewel in the crown of the Tata Group.

In 2004, Tata Motors acquired the heavy vehicles unit of Daewoo Motors, the second largest truck maker in South Korea. It was a momentous victory as few took the Tata bid seriously when compared to suitors from China and Europe, but Rajan overcame the odds by aggressively proclaiming he would maintain Korean management and business practices. The purchase marked Tata’s growing stature as a major global producer of trucks and heavy vehicles. Today, Tata is the fifth largest producer of trucks in the world.

In 2007, Tata Steel acquired Corus, the Anglo-Dutch giant, for $13.1bn in a landmark deal. At the time, the acquisition was hailed as a victory for India Inc. as emerging markets were on the rise. It was an audacious move, as, back then, Tata Steel barely made it to the top 60 in the steel manufacturers’ list; Corus was a top ten player.

However, the Corus deal proved to be a failure. A slowdown in Chinese demand hit it hard. Tata Steel’s Europe operations have been bleeding cash, contributing to the steep losses it has incurred for three of the past four years. At one point, it was estimated that Corus was losing more than $1m a day. Tata Steel Europe is the second largest steelmaker in the continent, and its revenues dropped 16% in 2015-16. The company has announced cuts in its UK steel operations, and Tata Steel also plans to sell its UK operations.

It will take steely resolve to hang on.

In 2008, Tata acquired Jaguar Land Rover. The deal captured global headlines. After all, it is one thing for an Indian company to buy Tetley, but quite another to purchase a powerful symbol of British industry. Headlines proclaimed “The Empire Strikes Back”. Tata Motors bought the company from Ford Motor Co. for $2.3bn. It has proven to be a success story.

In November 2008, terrorists associated with the Pakistan-based group Lashkar-e-Taiba orchestrated massacres across Mumbai, hitting the railway station, a cinema, a cafe, a Jewish community centre, and two hotels, including the fabled Taj Mahal Palace and Tower hotel, owned by the Tata Group. From the evening of November 26 until November 29 the hotel was under siege, with militants roaming the halls, shooting, and planting explosives, leaving 31 people dead.

The Taj Palace is one of the most iconic businesses run by the Tata Group. Opened in 1903, legend has it the company’s founder, Jamsetji Tata, set his mind on building it after being denied entry into one of the city’s fancy hotels for being an Indian. Today, it is considered one of the great luxury hotels of the world. The Indian Hotels Company – the Tata brand that owns the Taj Palace and other Taj hotels, and the Pierre in New York – has been losing money for the past four years, according to a Harvard Business Review case study.

In a land of chai drinkers, Tata Group joined hands with Starbucks to offer coffee to a growing and globalised Indian middle class. Today, the joint venture operates 80 stores in six cities and is expanding rapidly.

The venture, branded as ‘Starbucks Coffee: A Tata Alliance’ across India, has grown to include Starbucks coffee served on Indian airlines, Arabica coffee from India to be served in Starbucks in the US, and also the export of Himalayan mineral water to Asia Pacific.

At the end of 2012, Cyrus Mistry took over as executive chairman of Tata Sons. Mistry was a member of the Tata Sons board and his family business owns 18.5% of Tata Sons, the holding company of the Tata Group. He was the first ever chairman from outside the Tata family.

He reportedly had a good relationship with Ratan Tata and beat a slew of Indian corporate superstars for the job, including Deutsche Bank’s Anshu Jain, and former Vodafone CEO Arun Sarin. He faced a daunting task – reaching the $500bn revenue mark by 2021, envisioned by Ratan, while cutting costs in a company traditionally averse to cutting jobs.

Apple CEO Tim Cook has long viewed India as its next big growth market. The market share of Apple iPhones in India is only 2%. In 2015 alone, 100m mobile phones were sold in India. Also in 2015, Apple joined hands with Tata’s computer retail chain, Croma, to launch a series of Apple stores within a store, with the trademark wooden desks and genius bar to service iPhone customers.

The iPhone price is still prohibitively high for the Indian middle class but news in late December 2016 that Apple will begin manufacturing in India should boost sales – and the Tata-Apple partnership.

On October 24, the board of Tata Sons unexpectedly fired Mistry, just shy of his fourth anniversary at the helm of the group. In a letter to the directors of Tata Sons after his ouster, Mistry declared himself “shocked beyond words” at the decision, and lamented the “large debt overhang” from the previous chairman’s acquisition strategy, while offering a full-throated defence of his tenure. Tata Sons fired back, accusing him of deception, and detailing what they viewed as sub-standard performance. The letter was issued publicly.

The Economist, in an article published a month before Mistry’s ouster, noted the “uninspiring financial performance of much of his group since he took over in December 2012”. Tata Sons referenced the article in its statement.

Conclusion: TCS to the rescue?

As emerge85 went to press, the Hindustan Times reported that Tata Sons has named its new chairperson: Natarajan Chandrasekaran. He is the 53-year-old CEO and managing director of Tata Consultancy Services, the group’s cash cow and major revenue generator. Clearly, Tata Sons is hoping Chandrasekaran will sprinkle some of that TCS magic over the rest of the conglomerate. He will face a steep climb, but his tenure will be consequential as Tata reels from one of its worst bouts of turmoil in its century-and-a-half history. 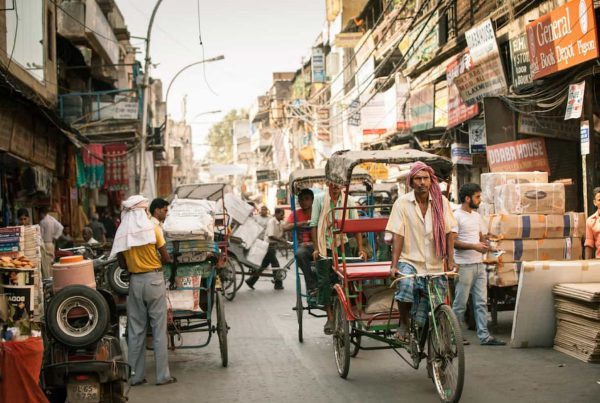 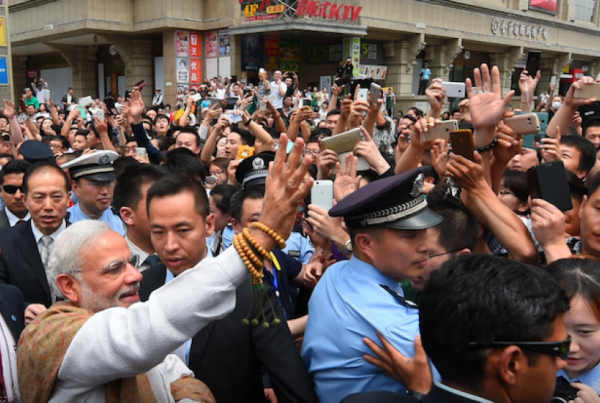 India’s One Belt, One Road Dilemma