By teaming up with telecom providers looking to differentiate themselves, one company brought insurance to millions of low-income customers in Africa.

For all of the buzz around mobile money, one of the most fascinating aspects of the smartphone revolution in emerging markets is insurance. The rapid proliferation of cheap smartphones has given rise to a competitive microinsurance market extending from Ghana to the Philippines. This is especially true for those earning lower incomes at the bottom of the economic ladder. This sector of society faces endemic risks. Instead of having to hide money under the mattress for an emergency, mobile insurance now offers millions of low-wage earners their first entry point into the regulated financial space.

MicroEnsure, a company based in the United Kingdom with offices and projects around the world, is one of the leading microinsurance lenders in emerging markets. Partnering with telecommunications operators, MicroEnsure has made the process of signing up for insurance as easy as buying mobile airtime. We recently spoke with Peter Gross, MicroEnsure’s director of strategy, to get a sense of the challenges and opportunities facing the company in Africa and South Asia. He began with a story from the Philippines that captures the changes underway in the insurance industry. In 2010, he was stationed in the country training to lead MicroEnsure’s Ghana office. Ahead of a meeting about credit life insurance, he recalled feeling a little uneasy about the product offering.

Credit life insurance is when a customer takes a loan from a bank, say for a year, and should they die during that year the insurance company pays the family out. Gross was worried customers would be unfamiliar with such a product and the concept would be hard for people to grasp.

“I was worried about these low-income consumers,” Gross told me over the phone. “So I went out and I pulled a woman aside in the lending group and asked her, ‘Do you know about any insurance on this product?’ And she said ‘Oh yes, if I die, the insurance company pays back my bank so it doesn’t come after my family. But also in case I’m hospitalized, in case I have an accident, in case my property burns down’. And then another woman walked over and added, ‘Oh and remember, for your husband too.’”

Gross went on with his story in a more excited manner. “And then a third woman came over and said, ‘Remember guys, that woman in the next village who had a claim paid so fast last month and it really saved her life.’ And then a fourth woman came over – because you know, the conversation was getting interesting now – and she said, ‘Actually, there are years where I don’t need a loan, but I take one anyway just to get the insurance coverage.’ And it hit me: This is not just a product that is a grudge purchase for people as insurance has always been for me, this is literally selling debt for people to get access to this product they couldn’t access otherwise.”

An untapped customer base

MicroEnsure has registered more than 60m customers in 15 countries in the span of 15 years. The company operates in 12 countries with a focus on African and Asian markets. It is widely seen as a pioneer in emerging market microinsurance due to its approach of using highly scaled channels such as banks and telecoms companies to facilitate its insurance products. MicroEnsure claims its partners’ brand recognition and loyalty increase as a result of MicroEnsure products. It’s also the company’s focus on low-income customers that sets it apart from competitors. This customer base continues to grow and, as Gross points out, needs insurance products more than most.

“We found that low-income consumers actually have a high demand for good insurance, so you just have to package it the right way. They are always thinking of risk mitigation because they have to use it on a frequent basis to deal with financial shocks. The problem is those coping mechanisms can create huge setbacks. Taking a kid out of school is a massive loss of economic opportunity for a family in the long term just for the savings of a few dollars in the short term. Not having insurance effectively allows people to fall back into poverty for often very simple financial shocks.”

MicroEnsure was started by Richard Leftley, who came up with the idea after volunteering in Zambia in the early 2000s. The company’s first iterations flopped and, according to an interview last year with How We Made It in Africa, it wasn’t until Leftley and his team looked at low-income mobile users that they found a workable business model. They found that in Ghana, low-income users would buy airtime from several different mobile operators and use various SIM cards because the strength of the mobile signal varied from place to place. For the mobile companies, their inability to retain customers had a negative impact on their bottom line. MicroEnsure said it could help solve this problem. It approached one mobile carrier, Tigo, and argued that by offering free insurance, the company would be creating a valuable incentive for users to commit to the network. Every time a user tops up to a certain level, they would have the option of free microinsurance.

“They’re still spending the same amount of money topping up their phones, but now getting a reward from Tigo to top up more. So Tigo wins because it gets more top-ups. The customer wins because they get free insurance and address the risk they were worrying about, and basically they are not spending any more on [airtime] only more on one network,” Leftley said. “So the cost of insurance is more than offset by the increase in top-up revenue.”

Gross explained the background of the Tigo deal in more detail. “What technology did there was force us to simplify the product, because if we were going to put it in front of a million consumers, we couldn’t have 20-page documents and lots of complex exclusions and individual medical underwriting and all these things that insurers are famous for. We had to make it work like any other mobile product. And so we cut out all the exclusions. We made the policy wording three SMSs long as opposed to 20 pages long.”

Chinese competitors present a challenge to MicroEnsure’s business, especially in Africa. The Nerve

MicroEnsure burst onto the startup scene just as China’s technology prowess began to take shape. Today, Chinese competitors present a challenge to MicroEnsure’s business, especially in Africa. “The way in which China can leverage capital, intellectual property, and talent to create massive scale overnight is a threat to anyone in these markets,” Gross noted. “China invests in Africa; the West gives to Africa – there’s a big difference. In the United States, it’s either a donor or defense model for Africa.”

One challenge Chinese companies (and every company operating in Africa) have to deal with is navigating the regulatory hurdles of the insurance industry. While India may be one market from a microinsurance standpoint, Africa has 55 different regulatory climates. Kenya, Gross pointed out, has one of the best regulatory environments on the continent thanks to the success of M-Pesa. The result is a highly competitive market landscape and some of the best talent on the continent.

“After M-Pesa’s success, hundreds of other mobile money schemes launched in Africa with the assumption that if you build it, they will come – and they didn’t come,” Gross said. “You can’t just credit SafariCom’s success to executional prowess. There’s got to be something about the Kenyan market that allowed it to flourish and take off.”

There have been many successful startups since M-Pesa burst onto the scene, and MicroEnsure can count itself as one. But the company is based aboard. The ground is ripe for a truly local startup to embrace the innovation taking place in the global technology scene and translate it into a local solution, whether in Niger or Botswana. 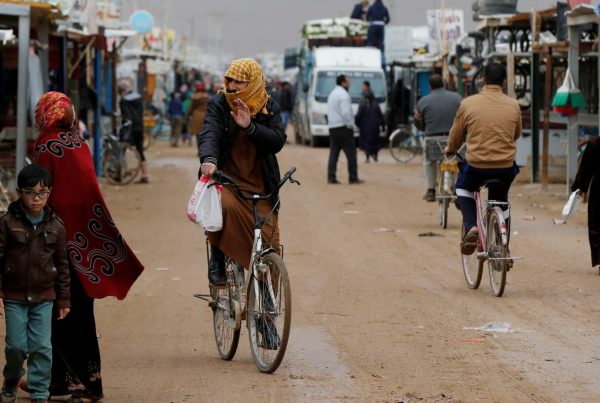 Blockchain for Migrants Is Waiting for Its WhatsApp Moment 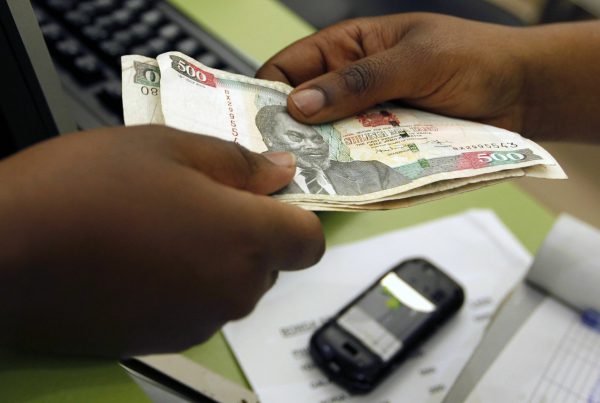