Vocational Jobs Are Still the Backbone of Emerging Markets

In the fall of 2017, nearly 1,300 young people from across the globe gathered in Abu Dhabi for WorldSkills 2017, the world’s largest vocational competition, rolling up their sleeves to contest more than 50 categories as eclectic as cabinet-making and architectural stonemasonry. For a generation maligned for its lifestyle habits and reliance on technology – cue the image of millennials scrolling through Instagram while eating avocado toast – the WorldSkills gathering provided an opportunity for youth below the age of 25 to defy expectations by dropping the iPhones and picking up blowtorches.

Yet the biggest surprise amid the bustle of the sprawling Abu Dhabi National Exhibition Center was the robust delegation size of the host nation, the United Arab Emirates. With a notoriously bloated government sector, an economy still largely dependent on oil-based revenue, and troublingly low graduation rates, the UAE does not immediately conjure up images of a vocational or manufacturing powerhouse.

But the 32 young Emiratis at WorldSkills 2017 showing off their dexterity in plastering and power tools – alongside the legions of friends, family, and compatriots cheering them on – marked a critical step in the UAE’s concerted effort to increase private sector employment and diversify its economy by transforming the local population’s perception of vocational work.

Hands-on careers such as manufacturing and craftsmanship retain a stigma among many Emiratis, resulting in a stark imbalance in the UAE’s workforce. According to figures released by Statistics Center Abu Dhabi in 2016, the UAE government employs more than three-quarters of its citizens – desirable posts offering high pay and minimal work hours – while only 5% of Emiratis seek employment in the private sector. These glaring employment figures result in a continued reliance on migrant labor; the United Nations’ 2017 International Migration Report stated that more than 88% of UAE residents were born outside the country.

To overcome this deficit, the UAE began a comprehensive Emiratization program featuring quotas for companies and incentives for the local population to foster employment growth throughout the private sector. Other Gulf nations have established similar programs for their citizens. But the UAE government recognizes that structural divisions in the job market cannot be overcome in one generation, and change must begin in the education system.

Roudha Bin Bahr, 22, from the Emirati team, competed in the refrigeration and air conditioning event at WorldSkills 2017 in Abu Dhabi. WorldSkills Facebook page

Prior to 2011, any Emirati high school graduate could enroll at Higher Colleges of Technology (HCT) – the largest of the federal UAE universities – leading to a glut of college students seeking a diploma but lacking the tools to succeed in higher education. In 2012, HCT announced it would join the other two federal universities by increasing its admissions standards by 10 points to 150 on the UAE’s standardized test for college admission, leading to 20% fewer admissions and hundreds of Emirati students facing the prospect of no viable path towards higher education.

“When you take these students below 150, many of them fail – a large number – so it’s really a waste of time for everybody, the students in particular,” HCT’s then vice-provost, Dr Sentil Nathan, said in an interview at the time of the new score implementation in 2012.

As part of a government initiative to invest in the students who may be better suited for career paths not requiring a university degree, this sudden implementation of higher university admission standards was paired with a vast expansion of the Abu Dhabi Vocational Education and Training Institute (ADVETI), including the establishment of institutes across four other emirates.

Today, ADVETI educates more than 3,000 students each year throughout the country, augmenting its vocational tracks such as hospitality and environmental health and safety with intensive English lessons for 35 hours per week. Five years after the university admission standards were raised, vocational programs continue to grow across the UAE, with Dubai even setting up a regulatory body to accredit the expanding opportunities in that emirate.

“A technically skilled workforce is needed for the diversified economy of the future, and this is true for trade, tourism, logistics, and retail, keys to the UAE economy,” said Dr Warren Fox, then chief of higher education at the Knowledge and Human Development Authority, one of the licensing bodies for UAE universities, in an interview about the country’s expanding vocational programs.

While the development of a robust technically skilled workforce will take time, vocational fields in the UAE are already beginning to subvert expectations about who comprises the national workforce. At Worldskills 2017, Eissa Al Marzooqi, an Emirati man, proudly competed in floral arranging while one woman, Roudha Bin Bahar, received special commendation and sponsorship from multinational manufacturer Danfoss as the first Emirati woman competing in the refrigeration and cooling competition.

“Here in the UAE, for ladies, we used to have easy jobs sitting in offices and administration,” Bin Bahar said near her welding equipment. “It’s a little bit strange to see me, the only woman in the factory. Everyone is wondering ‘Why do I have to do this?’ Skills or jobs are not [for] a specific gender – anyone can do what they like. Females can do ‘male’ jobs, and also males can do ‘female’ jobs.”

For any UAE citizens who continue to have reservations about vocational career paths, their significance in helping to improve the sustainability of the country’s private sector and economic diversification was again underlined in front of the whole nation at the convention’s glittering closing ceremony.

“Vocational skills present huge opportunities for young people in this country, and WorldSkills Abu Dhabi 2017 is the perfect way for us to introduce these prospects to tens of thousands of young UAE nationals,” said Mubarak Al Shamsi, the director general of Abu Dhabi Center for Technical and Vocational Education and Training. “The UAE has a rich and deep heritage, and skills have been at the heart of the story of our nation – from our relationship with the desert and the sea, through to the development of our oil industry, and now, as we look to a high-tech future as we continue to diversify and develop our economy.”

Gaar Adams is a writer and journalist. His writing and photography have appeared in The Atlantic, VICE, Foreign Policy, NPR, Slate, Roads & Kingdoms, and elsewhere. 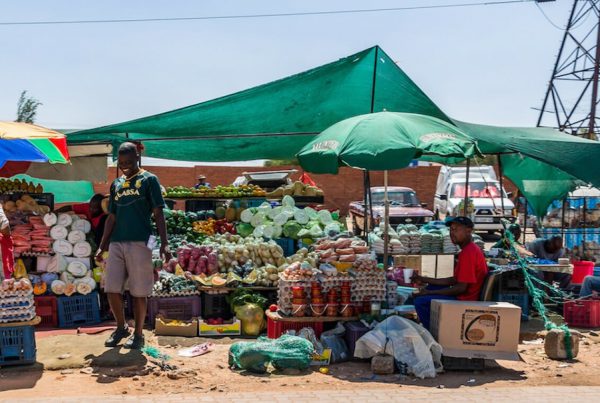 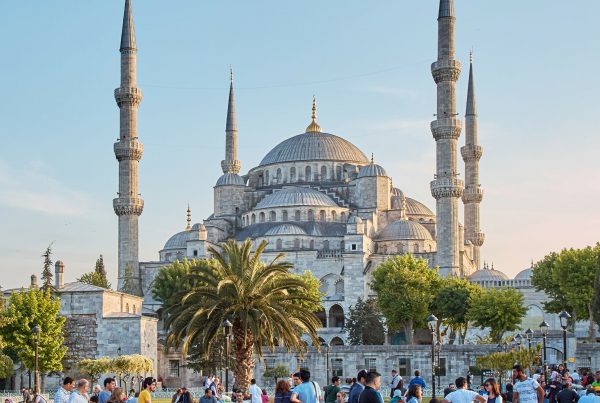 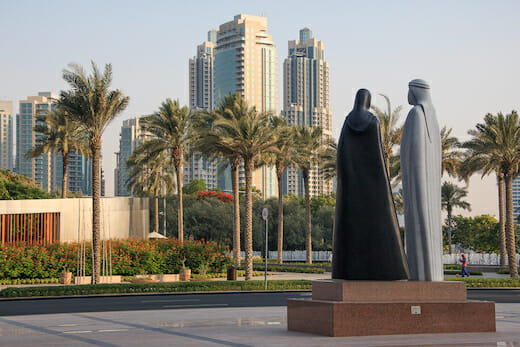 Shopping for a Knowledge Economy in the UAE