Beijing’s is investing billions to build a boomtown in the Gulf.

In Duqm, a dusty fishing village along Oman’s southern coast, the foundations of the Gulf’s next boomtown are being laid.

Eager to wean its economy off hydrocarbons, Oman opened its doors to Chinese investment last year in a major step towards transitioning to a knowledge-based economy. Oman Wanfang, a consortium of six private Chinese firms, plans to build a $10.7bn industrial city in Duqm, situated 550 km south of of the capital, Muscat.

For perspective, Oman Wanfang’s $10.7bn investment is the equivalent of more than half of Oman’s stock of foreign direct investment. The Chinese consortium has promised to develop at least 30% of the project area within five years, with financing and construction firms to be sourced from China.

In addition to a cluster of industrial operations, it will also contain residential homes, office complexes, medical facilities, schools, and entertainment hubs, including a five-star hotel located in Duqm’s tourism complex.

The project is essential for Oman to achieve the robust logistics and infrastructure links needed to promote the downstream diversification goals outlined in its Vision 2020 strategy, which aims to reduce the economy’s $73bn dependence on oil. The sultanate’s oil and gas sector accounts for nearly 50% of GDP, 70% of exports, and 71% of government revenue.

Reliance on crude exports has been cited as Oman’s principal economic risk, to which the government has responded by earmarking more than $100bn to bolster the manufacturing, services, and infrastructure sectors. Much like other members of the Gulf Co-operation Council, Oman’s state finances have been hit hard by depressed oil prices. The sultanate has therefore made it a top priority to attract foreign capital for new industrial zones that will generate jobs for a growing segment of young unemployed nationals.

Oman’s strategy aligns with China’s Belt and Road Initiative (BRI) to win trade and investment deals to construct new cities across Asia, the Middle East, and Africa. As a leading natural gas producer situated along the Strait of Hormuz, Gulf of Oman, Indian Ocean, and Arabian Sea, Oman is set to play a critical role in Beijing’s expanding footprint in the region given its advantageous maritime location, influence in energy markets, and independent foreign policy.

One of China’s primary objectives in the Middle East is to secure access to energy supplies to sustain its domestic growth. Naturally, it’s looking to Oman.

The bilateral relationship has developed substantially over time. In 1978, Muscat and Beijing established official diplomatic relations, and, by 1983, Oman had become the first Arab country to export its oil to China. The sultanate exports most of its crude oil to Asia, with China receiving about 77% of Oman’s crude and condensates. Oman is China’s fourth-largest source of oil, and China is Oman’s top export partner.

While petroleum trade has been the foundation of Chinese-Omani relations, ties between Beijing and Muscat have advanced beyond energy. For example, ships from China’s People’s Liberation Army Navy have been conducting anti-piracy operations near the Horn of Africa by utilizing Salalah for port calls, and both countries have held annual strategic consultations to counter piracy and other global security threats since 2005. Launched in 2010, the Oman-China Friendship Association has promoted deeper economic, social, and cultural co-operation.

Oman’s position as a maritime artery imbues Duqm’s SEZ and port with central importance within Beijing’s Maritime Silk Road strategy – a framework attempting to link supercharged sea routes between China, Africa, and Europe that will serve as hubs for a glut of Chinese-owned ports and mega-infrastructure ventures.

Duqm’s Sino-Oman Industrial City is one of the more ambitious projects China is constructing along the tendrils of the BRI’s land and sea passages. It is a burgeoning portfolio that includes a port and SEZ project in Abu Dhabi, Forest City and Robotic Future City in Malaysia, Colombo Financial City and Hambantota in Sri Lanka, and Kyauk Pyu SEZ in Myanmar.

Moreover, Duqm signifies a marked increase of Chinese capital flows into the region. By 2016, China had become the top foreign investor in the Arab world, totaling $39bn. An indication of mounting fiscal ties, the Omani government borrowed $3.6bn from Chinese financial institutions – the largest loan deal in the Chinese market for a Gulf borrower.

Oman’s relative stability within a perpetually volatile yet strategic region only increases its value in the eyes of the Chinese. Muscat has forged a foreign policy centered on pragmatism, neutrality, and mediation. Thus far, it has managed to balance a traditionally pro-Western orientation while simultaneously fostering cordial diplomatic ties with Iran. Economic clout is China’s weapon of choice, and Oman stands to benefit from its geostrategic machinations.

The Omanis, while welcoming Chinese capital to fuel their development and diversification goals, may have no qualms in attempting to secure further leverage via the United States if China’s imprint further accelerates in the sultanate.

Oman’s close relationship with India will also be important. While Beijing and New Delhi continue to compete for geopolitical influence across the Indian Ocean, Muscat can take advantage of its geographic endowment to both China and India’s transregional trade corridors to become a significant shareholder as that rivalry matures.

The confluence of shared mutual interests between Beijing and Muscat indicates the Chinese-Omani relationship will continue to flourish. China’s partnership with Oman is an attempt to embed itself in the political and economic composition of the international system.

As the only country in the world with the capital and political will to carry out long-term and costly developmental projects in countries saddled with economic problems or in the process of transition, the exchange of Chinese cash and bulldozers for Oman’s long-term engagement is a win-win situation.

On its way to becoming China’s first megacity in the Arabian Peninsula, Duqm is Beijing’s firmest foothold in the Gulf to date – and one that will only become further entrenched over time.

Amar Diwakar is a writer and research consultant. He holds a MSc in international politics from SOAS, University of London. 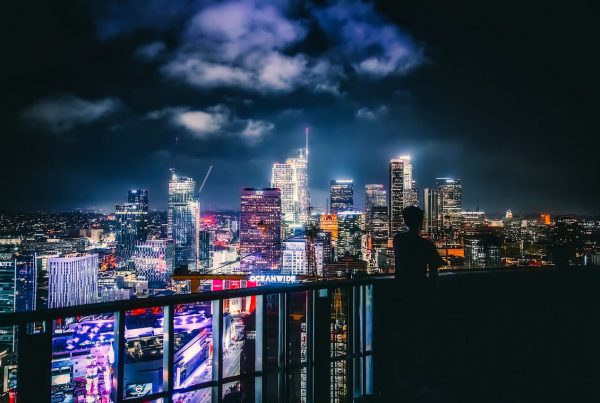 How Los Angeles Is the Future of Cities 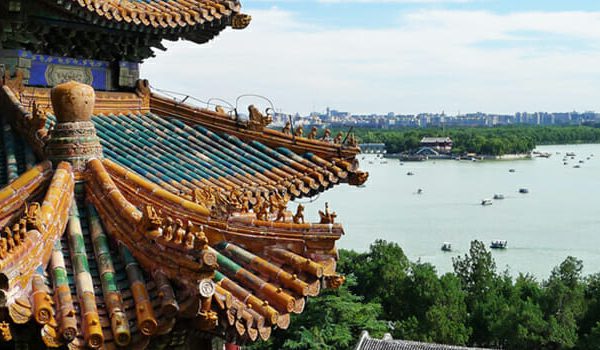 China’s Road to the Gulf 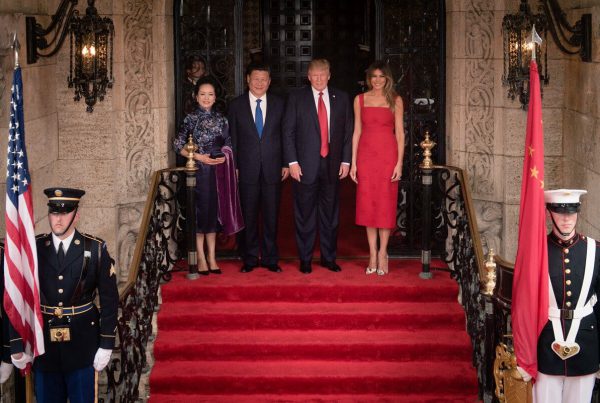 What’s Not on the Agenda for Trump’s Asia Visit