What are the challenges underpinning India’s smartphone revolution?

In 2016, India surpassed the United States to become the world’s second-largest market for mobile phones behind only China. Atul Loke/The New York Times

Most people in the West grew up around the internet. From the early days of dial-up connections to Netscape, MySpace, and, finally, WhatsApp, the internet didn’t appear out of thin air. It was a slow burn of innovation that manifested in our daily relationship with the web. Ravi Agrawal, managing editor of Foreign Policy and author of the upcoming book India Connected: How the Smartphone is Transforming the World’s Largest Democracy, argues that India’s relationship to the internet is fundamentally different. The internet came to India in the form of a smartphone, and now that smartphone has taken over virtually all aspects of life. Over the course of a phone interview (ironic) last week, Agrawl outlined his thoughts on how smartphones are transforming the country, the role of government, and what we can expect in the near future from India’s smartphone revolution.

Joseph Dana: You have spoken about how India is a “low-trust country”. With the rapid adoption of smartphones – and by extension data and digitally enhanced services – how is trust going to change? Will smartphones be a remedy for India’s trust deficit?

Ravi Agrawal: I think trust needs to be built. It’s clear that there is a trust deficit in India and this is evident in several daily scenarios. Indians tend to be late to meetings because they expect the person they’re seeing to show up late: it is therefore in their economic interest to also be late, and this creates a cycle of tardiness. Indians tend to pay for goods in cash. Why? They don’t trust the very concept of credit card companies. Indians tend to buy pay-as-you-go SIM cards because they don’t want to be locked into a contract with a company whose performance may be erratic. In fact, not only that, because they mistrust cellular companies Indians tend to prefer dual-SIM phones with two SIM cards — both of them pay-as-you-go — so they can switch between services depending on which one works better or has cheaper offers. Everyday Indian behavior seems regulated by a lack of basic societal trust.

The smartphone could be one of the things that will help build trust in India. The problem is, it’s not going to happen overnight. And so even though there is more digitization, and people coming online, and the ability for more people to make online payments to each other and to their banks, these systems are not going to be trusted overnight. It will take time for that trust to build. At some stage trust is like inertia; there will be a critical mass of people who trust a system and then everyone will.

RA: Thinking about privacy is a bit of a luxury in a place like India. There is a small sliver of rich, elite, mostly English-speaking Indians who are very engaged in the debate over privacy — and rightly so. That debate is about the data they are giving up to Facebook, Twitter, Google, but also what they are giving up to the government: their biometrics such as with the Aadhaar ID scheme. And that’s an important fight. It’s clear there have been serious security lapses in the Aadhaar database, and those issues need to be acknowledged and fixed. But that said, I should make clear that this debate over privacy is being fought by a very small segment of the Indian population. It is a public debate, but it is a small one. It is not the kind of debate that will lead to protests on the streets, which you would see for rape or environmental damage or farmer suicides or food prices soaring.

Remember, the average Indian is making $1,700–2,000 a year; the average Indian has only recently gotten online; the average Indian barely knows how to use the internet and so is not really concerned about data in the same way as a Westerner who has been using the internet for a decade. The average Indian also doesn’t use email; they use WhatsApp. So their use of data is very different from that of a rich, elite, Mumbai-based Indian or someone in the West. And it’s important to recognize those differences when comparing the debate over privacy between the West and places like India.

JD: Do you think that greater smartphone access and usage is going to help the issue of income inequality in India or aggravate it further? We’re getting into the government’s efforts to digitize the economy. Do you see any sort of trends indicating these services will grapple with the income inequality problem?

RA: I think it will help. But it is by no means a fix-all. Once everyone has smartphone access, it’s not necessarily a leg up, it’s a must-have. And that’s going to happen in the next 5–10 years. So once that’s the case, it will integrate better, wherever there were inefficiencies it’ll paper over inefficiencies, not all of them. I think it’ll make people more efficient, it will certainly enhance productivity, and places like India have immense productivity problems. I mean, you could be in a village and you might have to pay an electricity bill, and you may have to take a bus to the city to find the one place where you can pay your electricity bill, and then you pay it and you come back and you’ve lost the better part of a day, and therefore you’ve lost a day’s wages. That kind of stuff could go away if people are able to use their smartphones to do these things — which is a big ‘if’, by the way; not everyone can figure out how to use a smartphone.

So, broadly, I’m net-net optimistic about the financial implications and the equality implications of everyone having a phone. But it is by no means a fix-all, and there are larger macro reasons behind inequality that need to be simultaneously addressed. I think to believe the smartphone will fix all this is crazy.

JD: What do you see as the government’s role in the smartphone boom?

RA: The Indian smartphone story is mostly a private sector story. The story leading up to the 90s was massive government intervention, and that was the reason why India’s basic telephony, before cellular, was terrible. In the year 2000, less than 3% of Indians had basic landline phones, which is shocking, really. And that was one reason only 2% of Indians were online because those were the only ones with access to dial-up connections. So, the government doesn’t have a great track record in getting Indians online.

The reason why India has managed to get online in the last few years is mostly because of smartphones and because of data — and those things have been championed by the private sector. Yes, the government let them in: that was part of the 1991 reforms and India’s opening up. It allowed Nokia in, it allowed Blackberry in, it allowed Huawei in, Samsung, and all these companies, which were able to flood the zone with mass-market products. Remember, without cheap smartphones, most Indians would not be getting online the way they are right now.

It’s the same with cellular data. The biggest Indian players — Airtel, Idea, Reliance Jio — all of them are private sector companies that initially had to compete against government service providers like BSNL and ultimately managed to overtake them, despite the fact they were paying much more for spectrum than the government players were. But all the innovation, cheap pricing, aggressive marketing, has come mostly from the private sector and not the government. That’s why the Indian internet story is largely a product of globalization, open markets, and private enterprise. 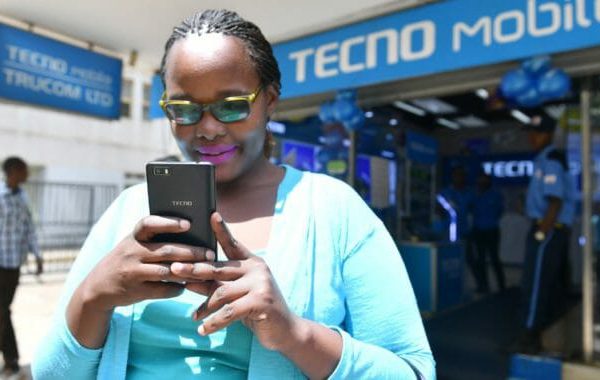 China’s Smartphone Dominance in Africa Is No Accident 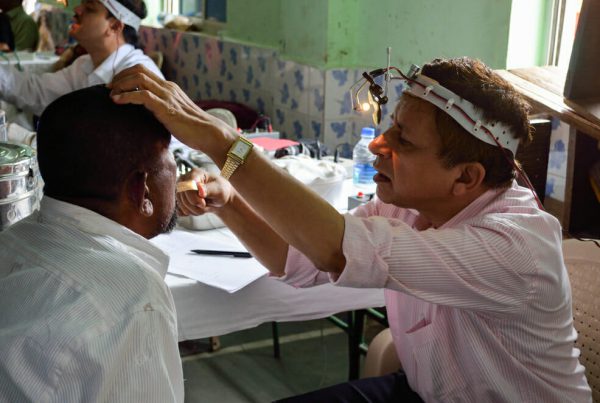 The Indian Government Spends 1% of Its GDP on Healthcare 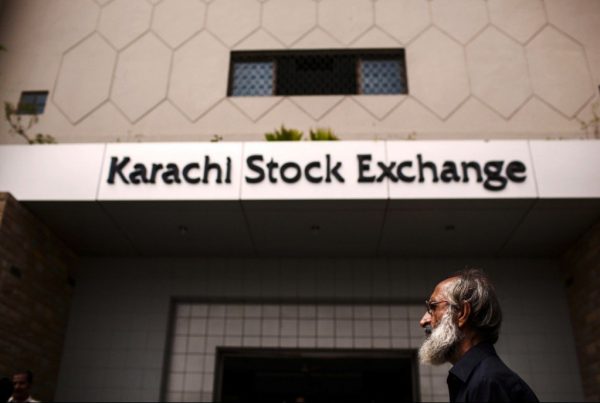 Will A Showdown with the US Slow Pakistan’s Growth Story?